During my exploratory weekend at home in St. Louis, I decided to challenge myself to step outside my comfort zone. People who know me may know that doing so can take some convincing. I didn’t eat tomatoes until I was about 26 because I just assumed I didn’t like them and, had asked for my burgers and food to be free of them for the last 26 years… That was dumb, tomatoes are awesome. Anyway back to the crux of the article: exploring my city and challenging myself. I happened to see some posts on Facebook about PRIDEFest which would be going on throughout the day. If you have not heard of or are unsure what PRIDEFest is, let me tell you. PRIDEFest, in St. Louis, is a weekend event working to bring acceptance and understanding of Lesbian, Gay, Bisexual, and Transgender individuals. I, like many Americans, do not know all that much about the LGBT community, their events, or what its like to attend said event. SO.. to change that I just dove on in and headed to Soldiers Memorial in Downtown St. Louis, Missouri and attended my first PRIDEFest.

A little background on the type of person I am. To put it mildly, I am an introverted person. I can fake being outgoing if need be, but it’s sometimes difficult to step outside of what I know and am comfortable with. So, heading into PRIDEFest was quite the step for me. I walked in with an open mind and began my little adventure. There was a pretty good showing on the Saturday afternoon. Inside the festival there was a stage with music playing and a crowd of people dancing, a rock climbing wall, and food and drink booths strewn about. It was more or less like any other festival I had been to, except a tad more provocatively dressed (see some pictures below). Initially, I was a little overwhelmed by the uninhibited attitudes of the attendees, not necessarily because it is bad or wrong, mainly just because it is something I am not accustomed to. I ventured around taking pictures of the event, quickly acclimating to my surroundings.

Overall, my first experience with PRIDE was a pretty great one. It may have started with a little trepidation, but it ended with me having a better understanding of what this organization does for its members. In St. Louis, it is an advocate for members of the LGBTQIA+, working for better understanding and acceptance. It also aids some of its members with academic scholarships for higher education. The organization does a great job of involving the community and working for equality for all. If you happen to want to get involved or learn more about the organization venture on over to PrideSTL. 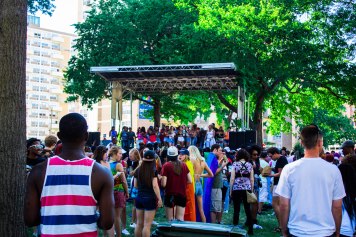 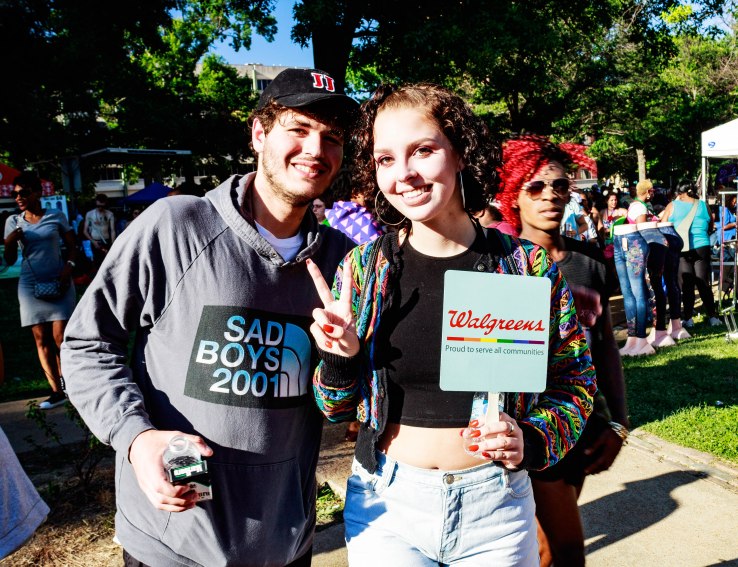